Operational manager Melvin de Lange: ‘I don’t go along with just anything.’

He once started out as dishwasher in a restaurant; now, he is operational manager with DeFabrique. Melvin de Lange switched from being a freelancer to being an employee within our company because he wanted to make a mark on something. ‘That the family trusted me at 33 years old to engage in entrepreneuring within this company makes me very proud.’

‘It may sound odd, but I’ve always wanted to become a manager,’ Melvin grins. He first encountered DeFabrique during his internship in 2004, when the company was just starting out. ‘That was great, because it provided me with lots of opportunities.’ After he finished school, he worked as Chief Server at Grand Café Het Ketelhuis at the Kartfabrique, and by 21, he had worked himself up to party manager for events. ‘I loved the work; it was diverse and I could see the results almost immediately.’ After two years, he decided to go back to school; he studied Communications Management at a university of applied sciences. ‘The minor in Charismatic Leadership really stuck by me more than anything else.’ Melvin is a bright lobster red in terms of his leadership style according to the DISC model, and very fittingly, lobster is the food he most likes to see appear on his plate during his monthly food tour. In his free time, he likes to go boating or have a drink, and he also frequently attends festivals. His motto is ‘Never give up!’

Behind the scenes in various kitchens

Apart from his Sunday job as duty manager at the Kartfabrique, Melvin also worked as a freelance party manager. ‘This allowed me to spend time in various kitchens, making it easier for me to determine what I did and did not agree with.’ It was extremely hard work.

‘Sometimes, I would wake up at three am to write proposals, and I typically worked 60 to 80 hours each week.’

Melvin then left for a trip around the world, but halfway through his adventures in Asia, commercial director Sybren Ophof called: ‘Whether I would be interested in the position of Operational Manager. I said yes right away!’

It has now been three years since that phone call. ‘The first two years were tough. We had to go through an extensive professionalisation process, because the company was growing fast. There was a lot of discord within the various teams, so I spent my first few weeks having a lot of conversations with people, and most of all, doing a lot of listening.’ 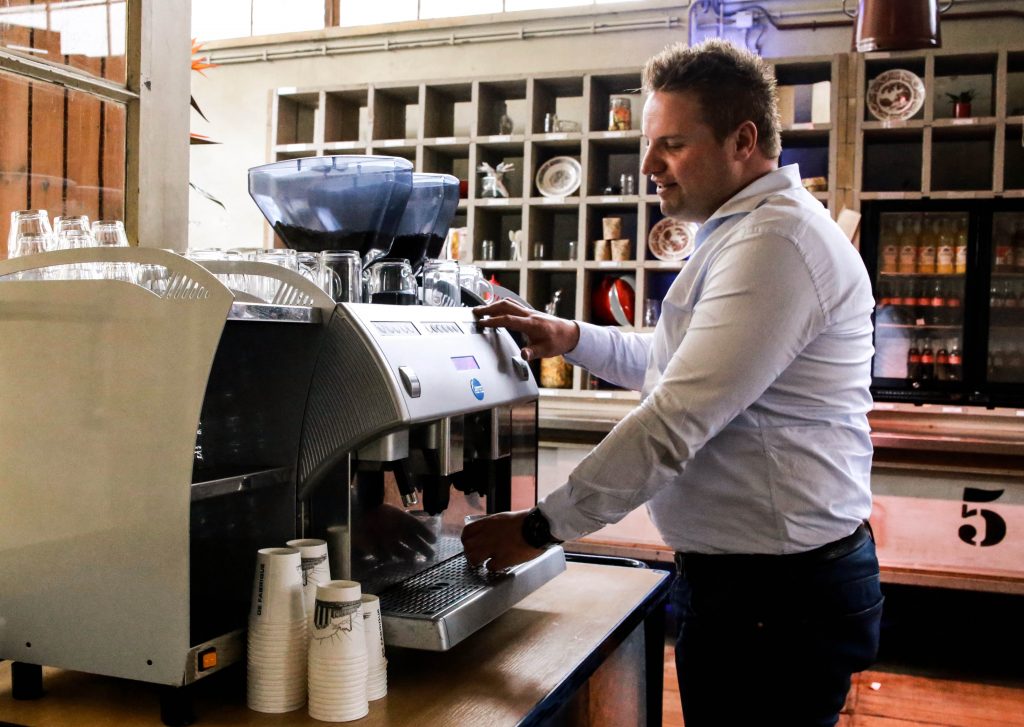 “I immediately implemented those quick wins that would enable people to do their jobs more efficiently. We also put an end to endless overtime, because I don’t believe in overtime. Instead, we hired extra staff end put the right people in the right places.’ That meant demoting people from time to time. ‘Those conversations aren’t easy,’ Melvin agrees, ‘but sometimes things worked out for the better.’

‘I am a big fan of displaying both your strengths and your weaknesses, because that is the only way for you to bring out the best in yourself.’

Entrepreneuring while in employment

Melvin believes in honesty. ‘I speak my mind, even if that means I have to speak hard truths. I don’t just go along with just anything.’ According to Melvin, the DNA of DeFabrique runs in his veins too. ‘DeFabrique has always been an innovative, forward-thinking business. I am able to leave my mark here much more than if I were still freelancing, and I no longer need to get up in the middle of the night.’

“DeFabrique feels like coming home for me, as though I am actually part of the family.”

According to Melvin, the strength of DeFabrique lies in its young team of professionals who have the right energy and are trying to make the most of everything. ‘And the fact that people listen to you, even if you’re young.’ What he finds difficult is that you can get caught up in the moment during peak times. ‘Luckily, those are always followed by calmer periods in which you can get back to long-term things.’ Melvin also sees plenty of opportunities for the events industry in Utrecht. ‘We want to continue to be part of the premier league in our industry, so we always try to find ways to stay ahead. I see a range of opportunities for yield management; adjusting prices based on demand. Moreover, ouroccupancy rate could go up a bit, and there are still undeveloped sections of the factory grounds that could be turned into new spaces. The ‘Smederij‘ is our newest venue, and it gives me so much energy!”

Tips for other operational managers: 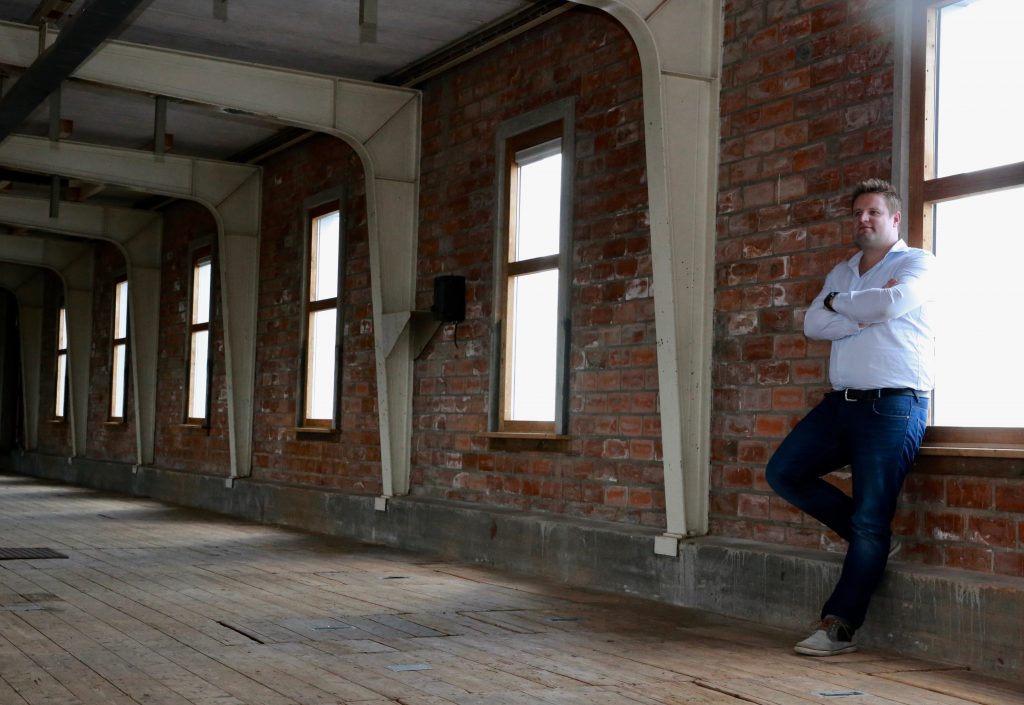 Eugene: “Melvin has a natural drive, there is no need to push him to make things better, faster, and more beautiful. Moreover, he speaks up for his team and is there for his people. He’s kind of like an oldscout in that way. And he’s always working on how we can exceed our guests’ expectations, every single day. A great guy!’

Martin: ‘Melvin constantly stimulates us to lift out hospitality to a higher level and improve the quality of our services. He has a nose for new concepts, ensuring that we are always a ways ahead in terms of catering and design.’