We have a hard time imagining what it’s like to be offline these days, and yet, that is what we want more than anything sometimes. ‘‘I want to engage with people on this topic,’’ account manager Esther Veenendaal thought. So, she put her money where her mouth was during the highly technical Accenture Innovation Awards. Guests had to comply with one condition if they wanted to enter the Offline Bar: to turn off their phones!

DeFabrique’s Space for Space already offers guests a place to go offline. Time for the next step: a nostalgic bar as part of a 3700 m2  trade floor that is all about innovation and technology; the contrast between the two really stood out to the guests. “A lot of guests stepped into the bar out of curiosity, to see what was going on in there,’’ Esther explains enthusiastically. Upon entering, guests were asked to turn off their cell phones. “This immediately resulted in conversations, as everyone wondered why they needed to switch off their phones,’’ says Esther.

Connecting is still an option at the Offline Bar – in fact, the lack of distractions from people’s phones actually results in very special conversations! Esther: “I asked people when they last went offline, or if they consider themselves to be addicted to technology. Many people felt that it was a true reality check.” Guests were given the opportunity to make a pledge to spend more time offline. “In a little while, I will be contacting those visitors to see how they did on sticking to said pledge. It was very special to be able to engage with people in these kinds of conversations. I talked to some thirty-somethings who had deliberately chosen older Nokia or Alcatel models as their phones, and someone who had fallen into a depression due to always being online. At one point, there were 30 people in this tiny bar at once!” Like their cell phones, guests are encouraged to just ‘switch off’ for a bit at the Offline Bar. They can simply lean back in a comfortable Chesterfield sofa, drink in hand, listen to music, or play old-fashioned games. Esther is very pleased. “I received a lot of positive feedback about the pleasant atmosphere.’’

More for you to read! 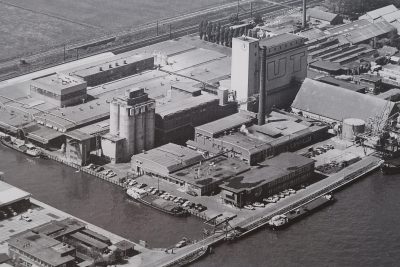 This year it’s a double party at Westkanaaldijk 7! The former compound feed factory has… 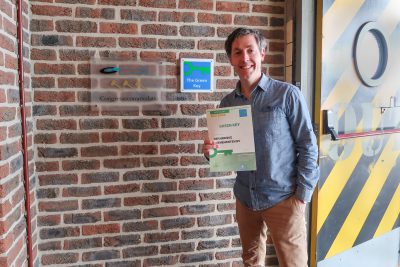 The international sustainability label Green Key has awarded DeFabrique with gold. Every two years, our… 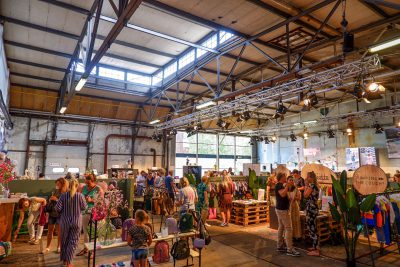